These ships are two of 30 built upriver at the Pelican Shipyard established by Alexander Newton and William Malcolm in 1846. Malcolm died in 1856; Newton continued building ships until 1878.

This 170-ton schooner, launched in 1871 by Alexander Newton’s daughter Ellen, traded between Australia and New Zealand until 1912. She also sailed the Southern Ocean from the late 1800s to 1924.

Refitted with engines in 1915, she serviced whale and seal-oil industries and delivered supplies to stations on sub-Antarctic islands. Along the way the Rachel Cohen picked up castaways, shipwrecked men and explorers.

In 1913 she carried stores for five members of Dr Mawson’s party on Macquarie Island. Mawson was stranded on Antarctica at the time.

The smallest and last ship built jointly by Alexander Newton and William Malcolm was the 32-ton schooner Jessie. Launched in 1856, she was named after Newton’s firstborn daughter.

The Jessie had a shallow draught, and did much coastal work carrying coal between Newcastle and Sydney. But, in her early days, she traded between Australia and New Zealand – like many Newton ships. In 1863 she carried stores during the Maori Wars between European settlers and the Waikato tribe. Jessie foundered off New Caledonia on April 30, 1874.

Manning Valley Historical Society, 2002. Down to the sea in ships. A history of sea and rivercraft built on the Manning River. P 42, 43, 49. 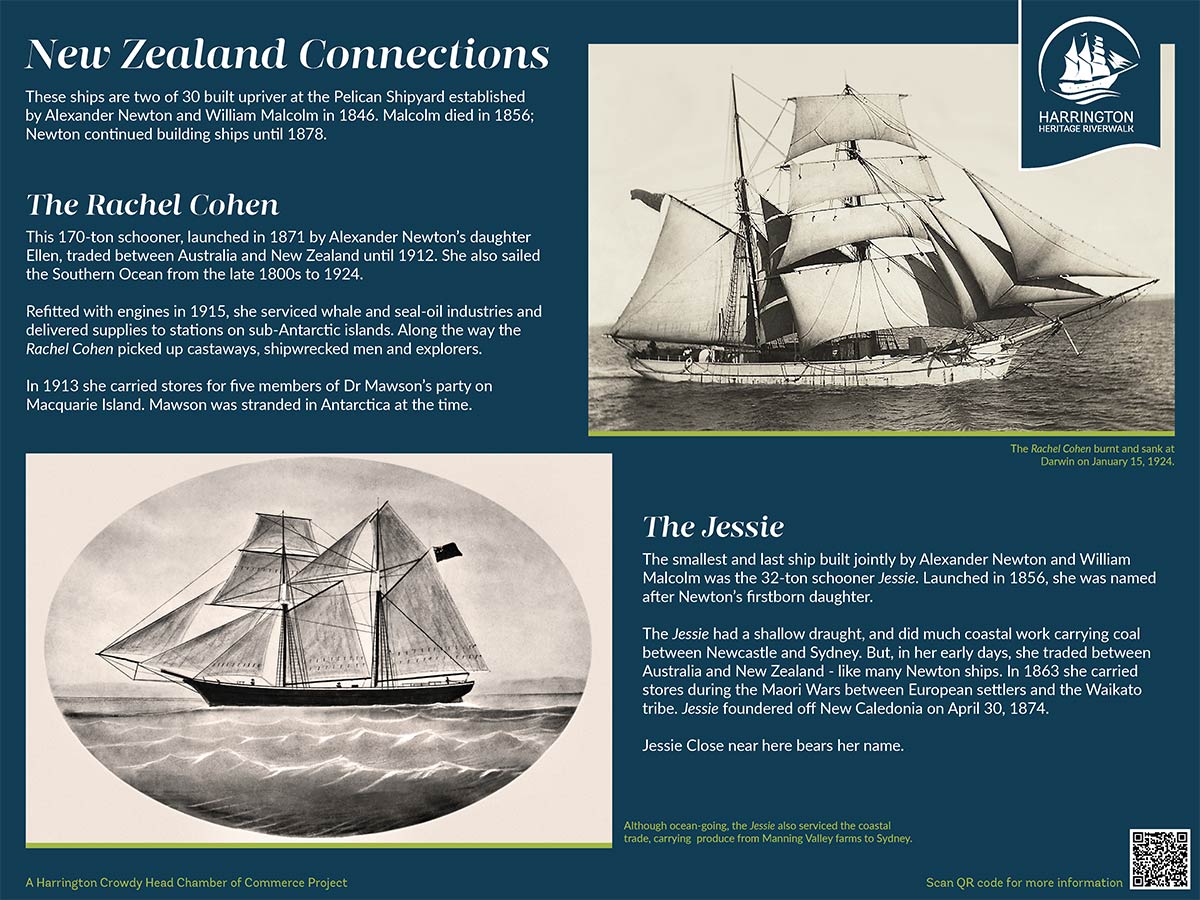