The Rosetta Joseph (1847) was the first ship built by Alexander Newton Snr and William Malcolm at their Pelican Shipyard, 700m upriver from here.

The 265-ton barque ran aground at night on Elizabeth Reef, 180km north of Lord Howe Island, on December 1, 1850. All on board, including two women and two children, abandoned ship.

Heading for Australia in two lifeboats they sailed, rowed, and bailed for their lives for eight days. They battled massive storms, lightning, seas and currents. To lighten the boats they jettisoned clothes, blankets, even gold.

Of day two, a survivor wrote: “(we) laboured and made much water, the sea at this time running mountains high. During this frightful night we expected … to be swamped.” And, on day six, “another frightful night … (we) all but drowned, from the sea continually washing over.” But they didn’t drown, making landfall at Port Macquarie on December 10.

The journey, estimated to be at least 1,130 km, is described as one of the great open-boat survival stories in N.S.W. maritime history. 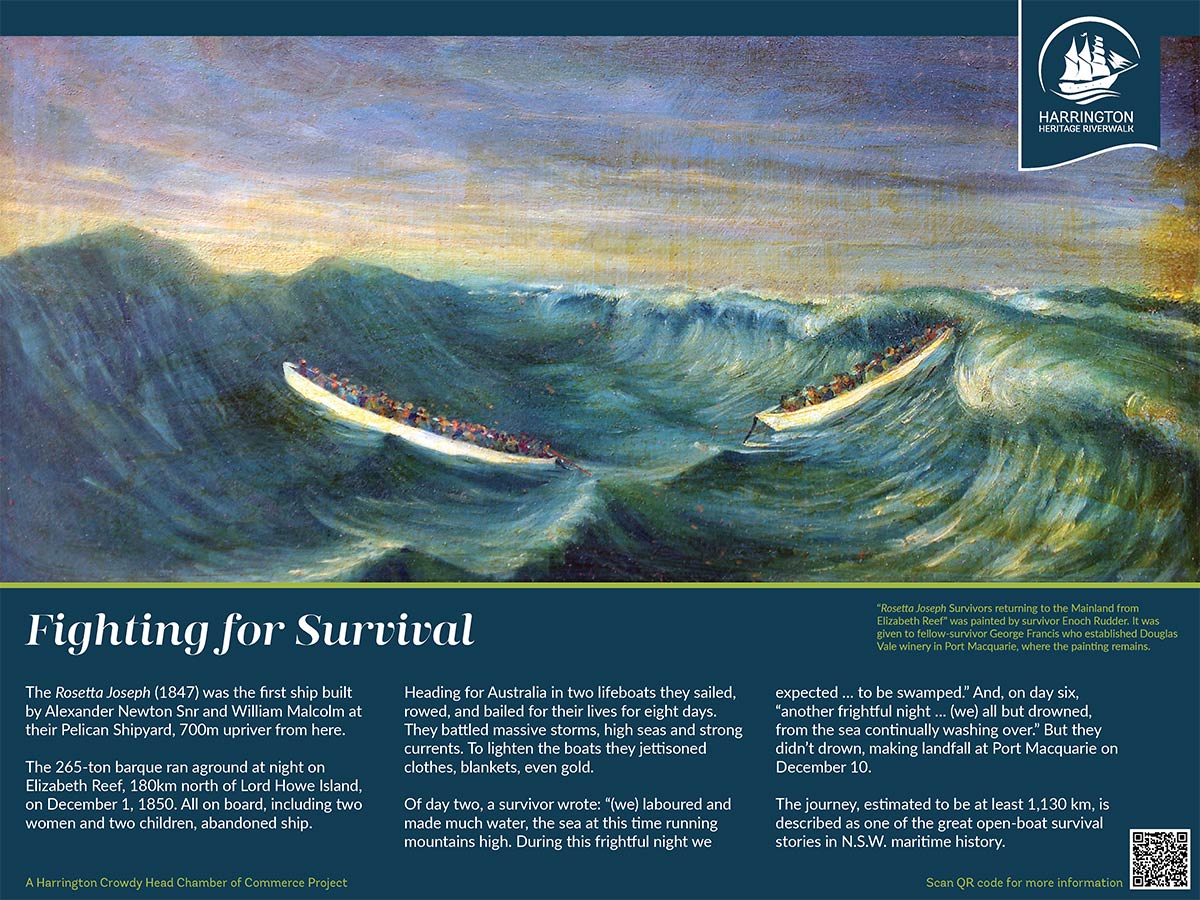