The schooner Rifleman was embroiled in the New Zealand Wars of 1845 to 1872, fought between Maori people and British colonialists.

The Rifleman sailed to the Chatham Islands (800km east of the New Zealand South Island) in 1868 carrying cargo for Maoris imprisoned without trial. While docked, Maori warrior Te Kooti hijacked the ship, leading an escape by 298 men, women and children. No blood was shed.

Te Kooti forced the crew to take them to the North Island. In return he promised the safety of their lives and their ship. He kept his word. Over the next four years Te Kooti led a series of bloody skirmishes with colonial authorities.

The Rifleman struck rocks off the North Island in 1871 and was badly damaged. Repaired, she resumed service but, two months later, she and her six crew disappeared without trace. 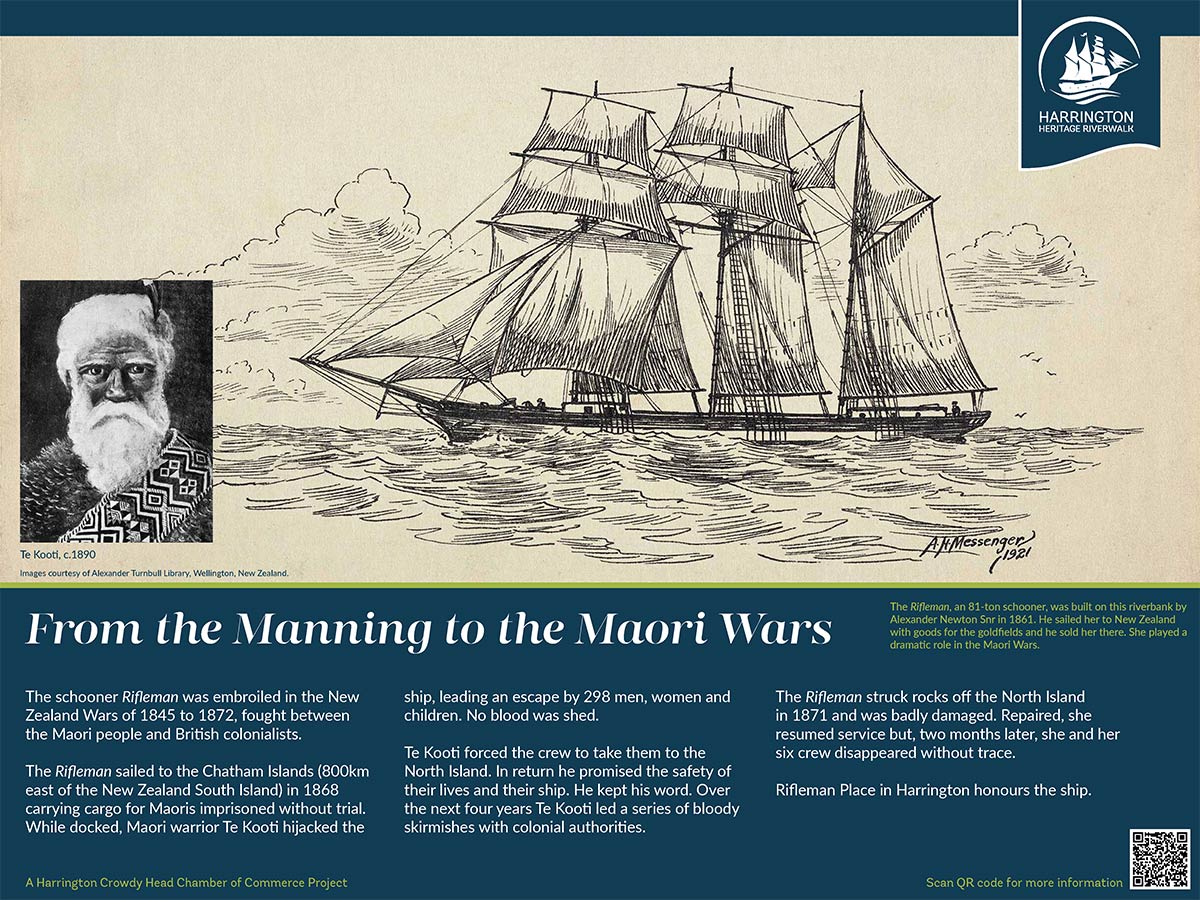