The Fire King transported Manning Valley produce (including maize and pigs) and passengers between Tinonee and Sydney on a weekly run. She boasted first-class accommodation. Returning, she carried supplies for farms, businesses and households.

The first consignment for Harrington’s second school was part of the cargo in 1872. It included scripture books, slates, pencils, pens and ink powder.

Boating excursions and picnic days to Harrington were social highlights for the Manning’s upriver residents. On one Fire King trip in 1868 with 300 aboard The Manning River News reported that “dancing was vigorously proceeded with throughout the whole excursion”.

Fire King was wrecked on the north beach at the entrance to the Manning in 1873. All aboard were saved.

Fireking Place is not far from here.

The Diamantina competed with the Fire King for freight and passengers on the Manning River and open sea.

In the early 1870s the Manning bar was only crossable at high tide, in daylight. Of one crossing a passenger wrote: “Of all the bad river entrances on the coast the Manning is considered the worst, bad at the best of seasons, with a list of wrecks really formidable … When among the breakers (I) naturally felt a little nervous, glances were occasionally thrown towards the life buoys which were providentially close to hand; but the danger was soon past.”

But, on March 31, 1881, a crossing failed. She was stranded, wrecked, salvaged and sold. But her name lives on as Diamantina Circuit – the road behind you beyond the fig tree. 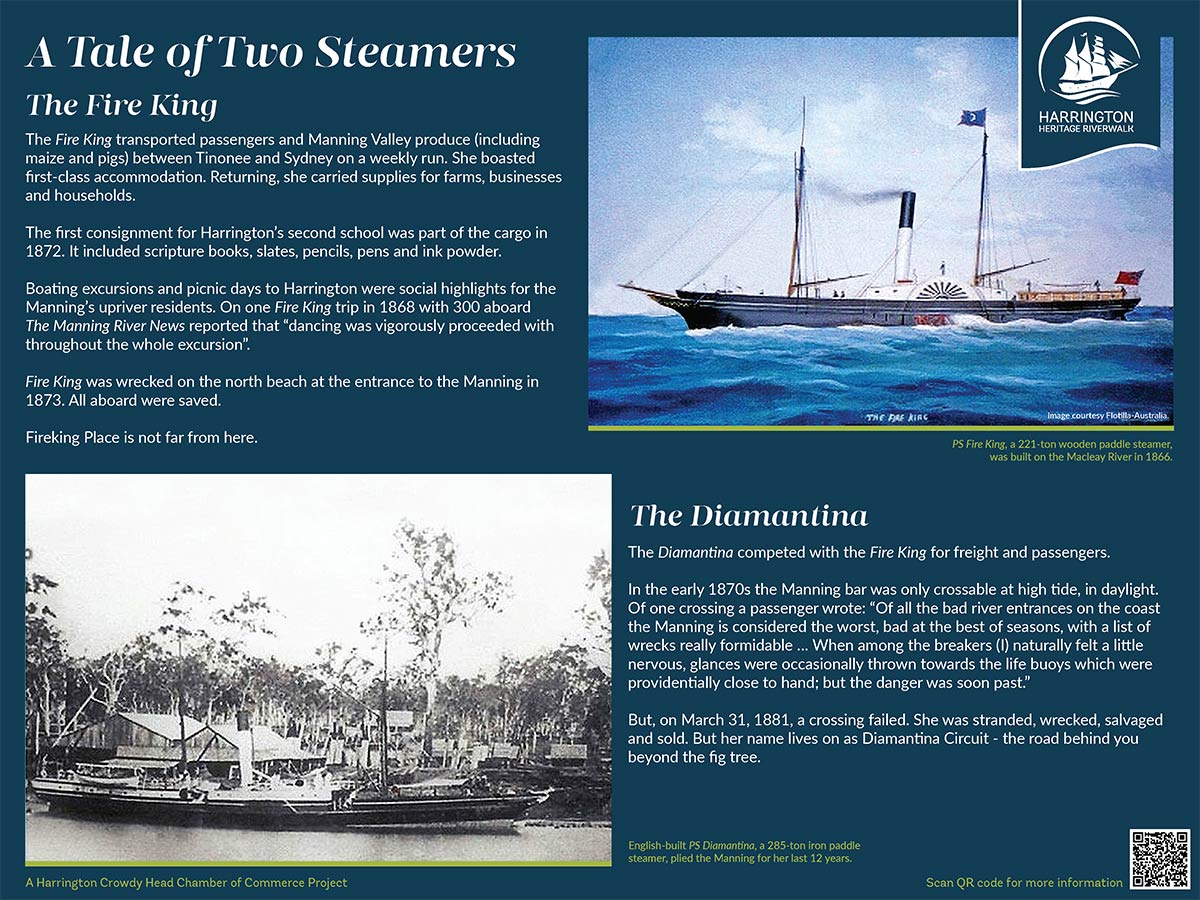