The Electra was probably the most prestigious and popular vessel on the Manning in the late 1890s. She was the first Australian ship fitted with a generator for lighting and refrigeration.

Working the Manning trade to Sydney from 1891, Electra picked up and discharged goods and passengers in Wingham, Taree, Cundletown, Croki and Harrington. On one journey in 1900, her cargo included 1,000 bricks, 10 sewing machines and a horse for Croki. That year, the outlaw Jimmy Governor was a passenger, transported under guard from Wingham to Sydney.

But Electra was also a party ship. Her New Year’s Day excursion to Harrington was the biggest social event of the year, a charity fundraiser. Bunting, fruit and cordial stalls lined the decks and bands played. Starting early from Wingham, she picked up passengers along the way. On New Year’s Day, 1892, she carried hundreds of partygoers, all dressed in their finest.

Electra ran aground on the bar during a picnic to Harrington in April 1907. All 90 passengers were brought ashore by rope, pulley and breeches buoy.

Electra Parade is named for her. 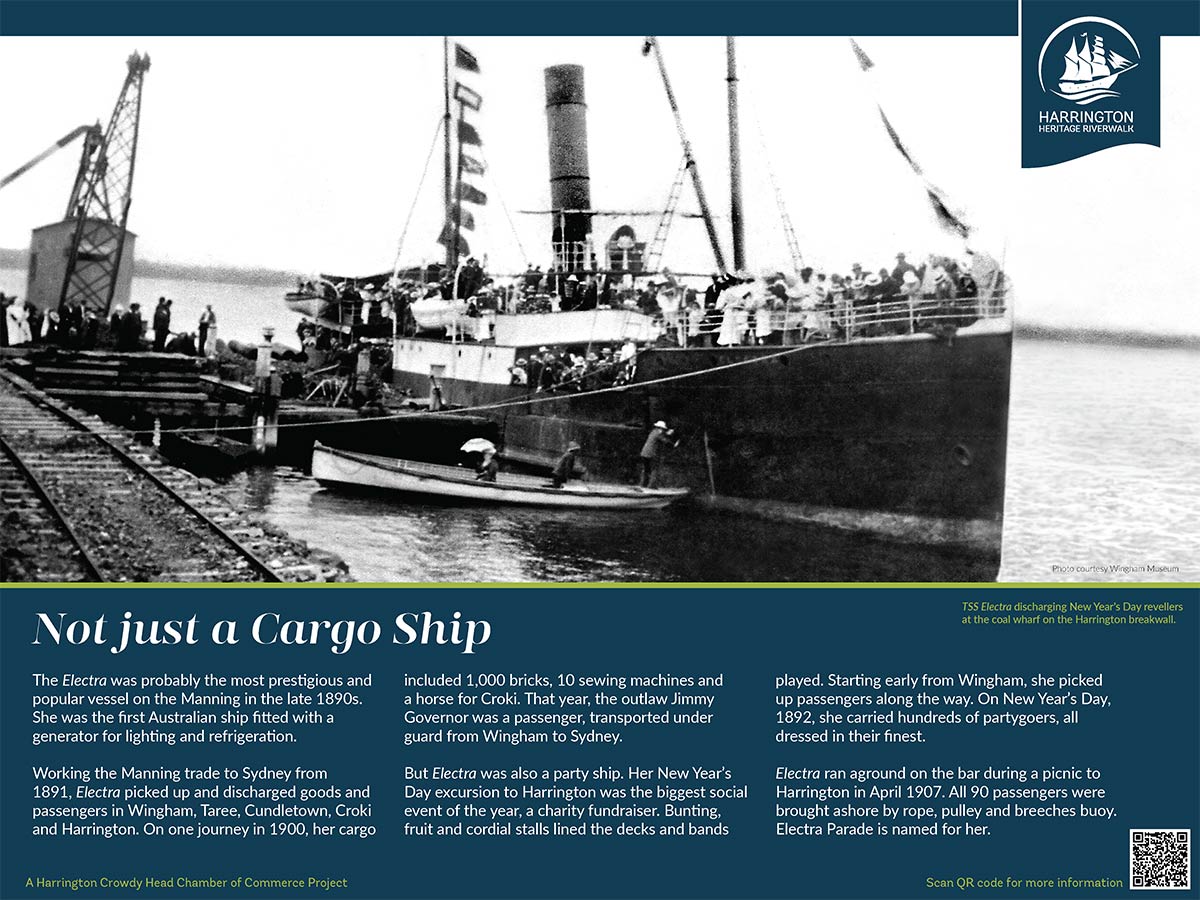