The Sovereign was the largest ship, and first paddle steamer, to enter the Manning River. It crossed the dangerous bar without a pilot in 1842.

The crossing was difficult. Grounding near the river mouth, she took several hours to get free. Travelling upriver to Taree the Sovereign loaded cargo of 94 bales of wool and a quantity of wheat.

The captain noted the river afforded “great facilities for steam navigation”, its banks “composed of an exceeding rich and fertile” soil suitable for agriculture, the surrounding forests abounding “with rosewood, cedar, and hardwood, of a very fine description.”

The schooner-rigged, 119-ton Sovereign was wrecked attempting the South Passage from Moreton Bay in 1847. Forty-four passengers and crew drowned; ten survived, including the captain, saved by six local Aboriginal men. One survivor said “They swum us to land, took us to their camp, tended our wounds, wrapped us in their blankets …” An inquiry found the captain at fault for overloading her.

The houses behind you are on Sovereign Avenue.

Ramsland, J. The Struggles Against Isolation: A History of the Manning Valley. Library of Australian History, Sydney, 1987. p.38. 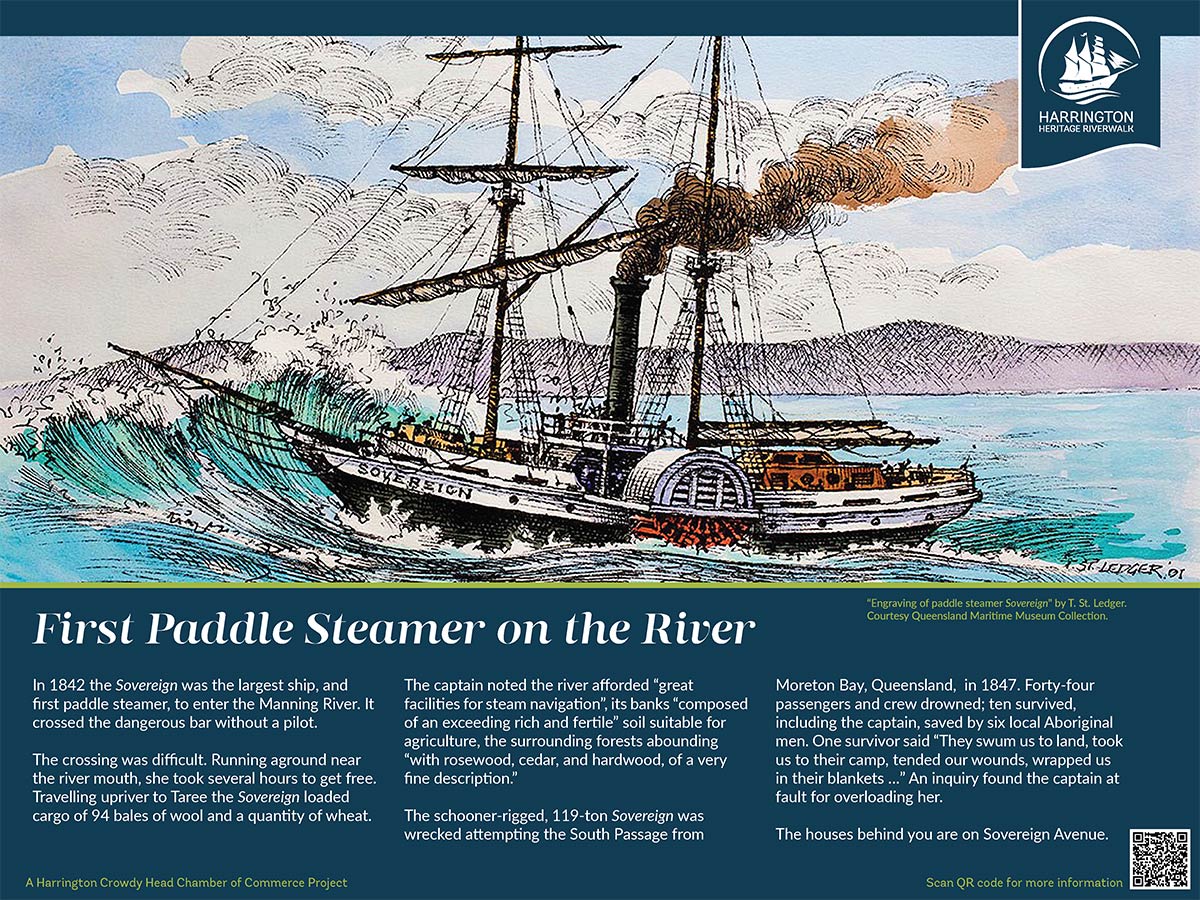