Timber was a major export from the Manning Valley by the late 1860s. There were three big timber mills on the Lansdowne River (a Manning tributary) in 1870. Langley Brothers & Co. operated one of them. They provided accommodation and a general store for their 50 mill workers.

The Cooloon was part of a small shipping fleet they owned, transporting timber to Sydney. Also carrying general cargo and up to 16 passengers, she worked between Sydney and the Tweed.

Built on the Lansdowne in 1904 the Cooloon, a wooden 141-ton steamship with crew of 14, was tastefully fitted throughout. Mahogany and pine panelling in the saloon was painted with country scenes by women of the Manning.

The Manning bar claimed Cooloon when she hit the breakwater in 1917 while entering the river in ballast. No lives were lost, and the Marine Court exonerated the captain. Her machinery was recovered and fitted to the Langley Brothers’ steamship the Cobaki.

Manning Valley Historical Society, 2002. Down to the sea in ships. A history of sea and rivercraft built on the Manning River. p 37. 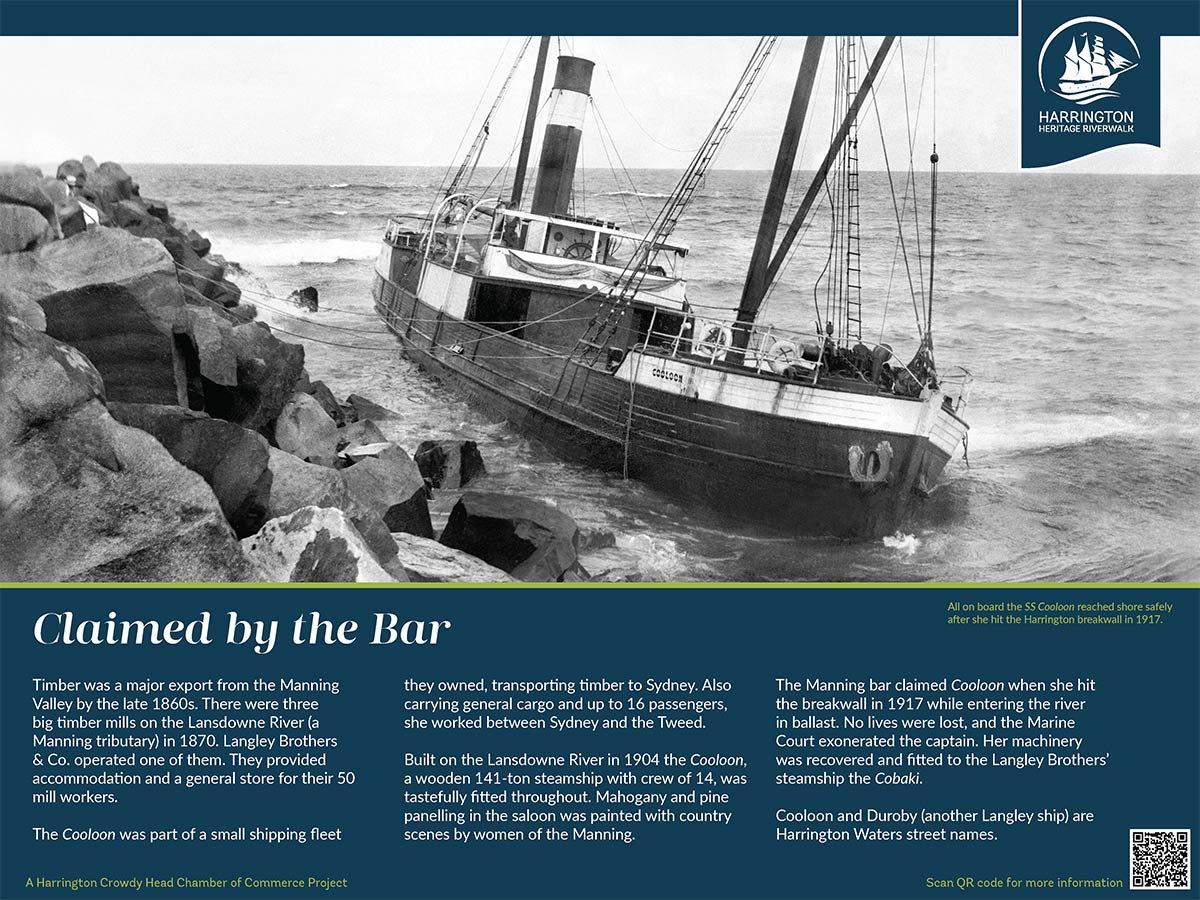